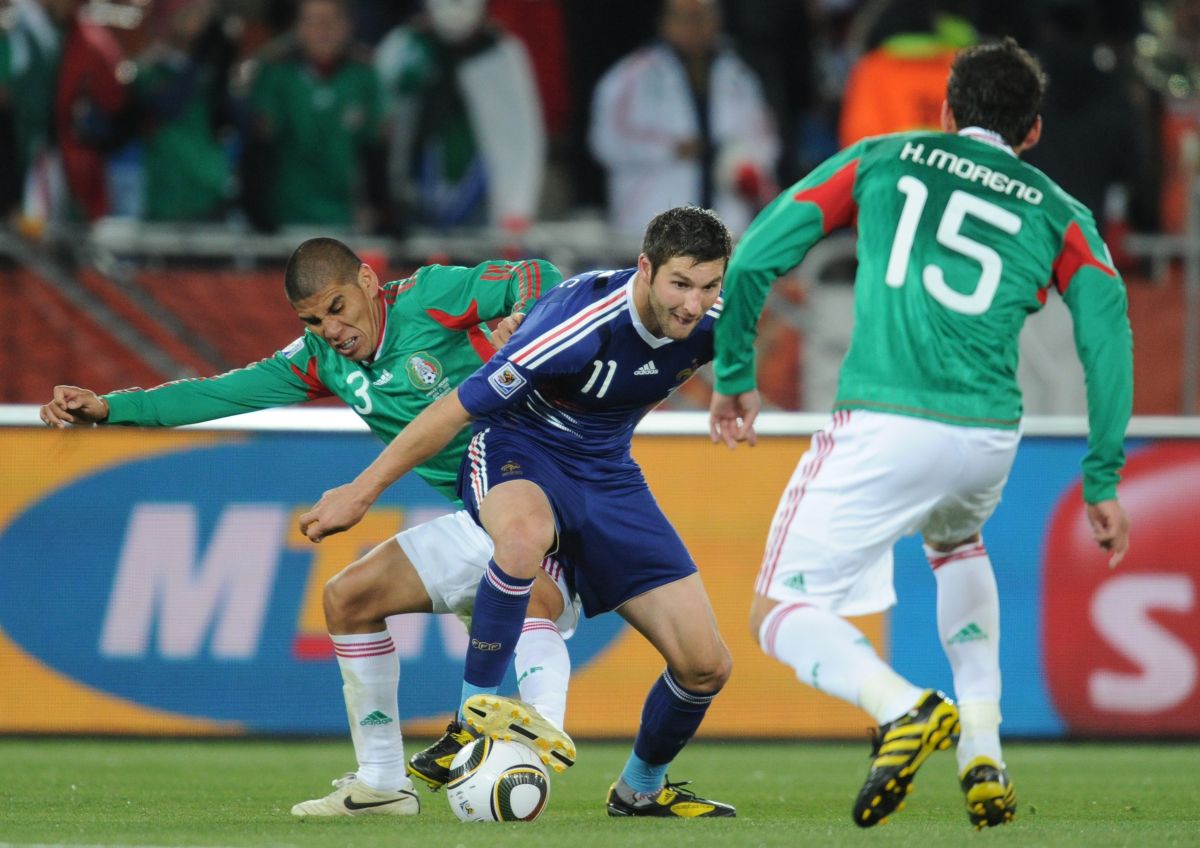 The star French striker of Tigres, André-Pierre Gignac spoke about his experience at the 2010 World Cup in South Africa, their loss to the Mexican National Team and the way they were heavily criticized after losing to the hosts and returning in the first round. Within the French National Team a fight broke out that ended in a nightmare after the match against Mexico in the group stage.

The French’s statements were made on the program From El Cerro De La Silla in its second season, hosted by Franco Escamilla. “It was my dream to play a World Cup and it was a nightmare, we arrived, everything was fine and that game was minus 12 degrees, an incredible cold, the stadium was all green. And I go into halftime and they beat us”, commented Gignac about the game against Mexico.

French striker André-Pierre Gignac assured that playing a World Cup representing France was a dream for him and that dream ended up becoming a real nightmare, which ended up materializing at the end of the match against Mexico in which they fell 2- 0 with goals from Chicharito Hernández and Cuauhtémoc Blanco.

“There was a problem between the coach and Nicolas Anelka and that made the group explode and it went badly for us. The player returned to France, it’s difficult to lose the player in such an important competition and we didn’t react in the right way, we didn’t want to train and it was a nightmare. I’m going to remember it in a negative way, but they beat us and passed the group stage”, Gignac reiterated in statements reviewed by Halftime.

The controversy between Domenech and Anelka

According to André-Pierre Gignac at halftime in the match against Mexico, Raymond Domenech named Anelka and the striker replied: “Fuck you”. Due to this situation, the DT entered Gignac in the second half to replace “Puma” Anelka. Then the attitude of the French team was not the best and they decided not to train, a situation that triggered the defeat against South Africa and the dismissal of the French in the first round after having been runners-up in the world in 2006.

“There was a great team, but we did poorly in friendlieswe lost against China, we tied against Uruguay and after that defeat against Mexico we lost against the host, against South Africa and it was a mess”, recalled Gignac.

. André-Pierre Gignac and his love for Liga MX: the Frenchman rejected a couple of millionaire offers to stay in Mexico
. André-Pierre Gignac asked for respect for his decision not to get vaccinated against Covid
. Yeferson Soteldo is injured and is out for Tigres ahead of the game against Pachuca