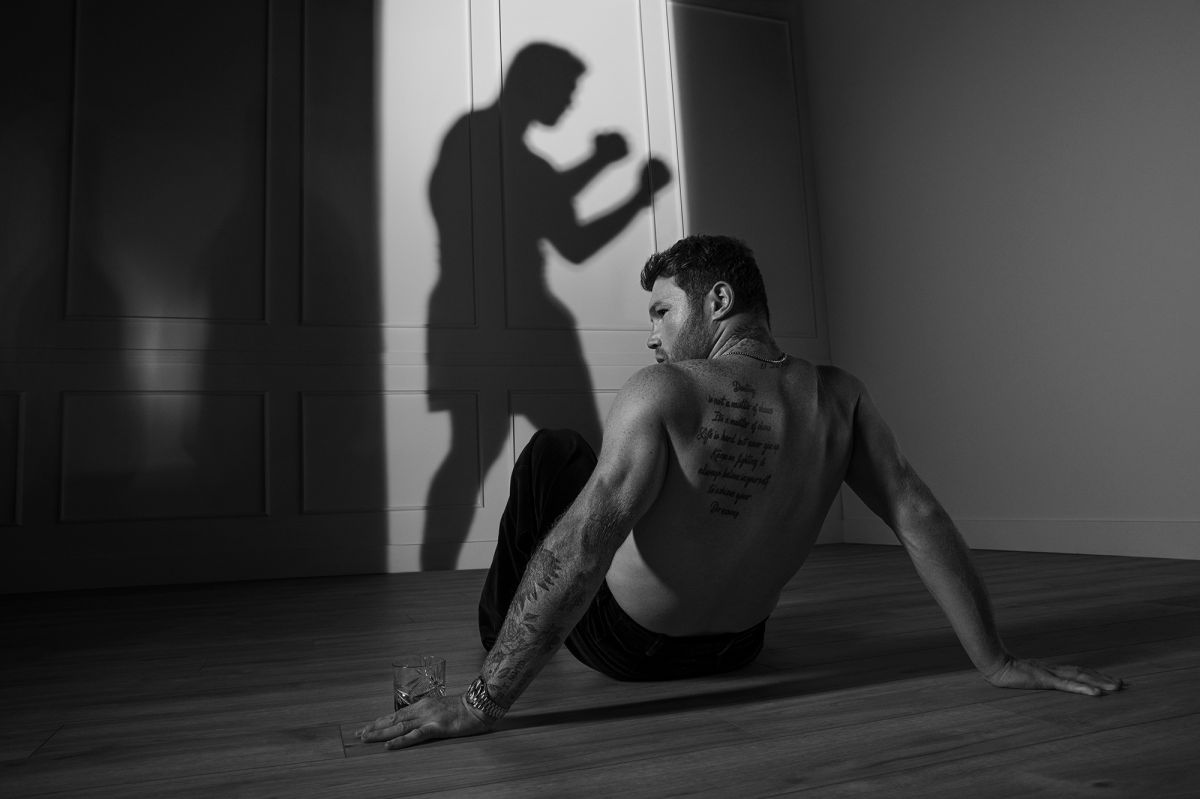 Canelo Alvarez showed a little-known side in a talk in which he opened up and talked about how difficult his childhood was and how he went from selling ice cream in a truck to getting in the boxing ring, where he discovered his true passion and he forged that future that put him among the best in the sport and made him a multimillionaire.

This interview will be published in the October issue of VMan magazine, where the Aztec boxer made a photo shoot more sensual than usual, which was commissioned by the renowned Sasha Samsonova and where the Canelo Alvarez posed in fancy clotheswearing booties and shorts Louis Vuittonas well as a blazer and an open sweater Givenchy.

In the talk, the boxer narrated how since he was a child he had to work to get ahead: “I know all about making ice cream, and I’ve been selling ice cream from an ice cream truck since I was seven.”, he assured.

However, fate is capricious and had something much bigger in store for Álvarez, who now he has a completely different life, with a fortune valued at $180 million dollarsaccording to the site Celebrity Net Worth, and that, before his fight against Gennady Golovkin, in which it is estimated that he obtained at least $65 million more.

“I feel very proud now, because I bought the trucks in which we used to sell ice cream. They are mine now.” he said bluntly.

The unified super middleweight champion recounted that at age 10 was when he discovered his true vocation and went as a result of the sale of ice creams, because when the eldest of his eight brothers, Rigoberto, realized that other children teased him for his appearancesince he differed greatly from the rest due to the freckles on his face and the reddish color of his hair, gave him his first pair of gloves and his first teachings in boxing.

“I realized that I could box right away”, assured the redhead, alluding to the capacities that he noticed from the beginning. “Since that day, boxing has been the main thing on my mind. I dropped everything and concentrated on my jobs, selling ice cream and boxing”.

The fruits of his labor came quickly, while he continued to sell ice cream, although those who annoyed him no longer messed with him. At 15 years old he had his first fight on the ring and in 3 years he had already had 34.

The rest is better known history: Canelo Álvarez He is currently 32 years old and has a record of 58 wins, with 2 losses and 1 draw. He has won 12 world titles throughout his career and currently holds the super middleweight titles of the four most important organizations in international boxing: WBC, WBA, WBO and IBF.

“I love everything related to boxing. It’s a very tough sport, but when you love something, it kind of becomes easy. The diet, you know, stuff like that is hard, but at the end of the day, it’s what I love.. Boxing is still my dream,” she concluded.