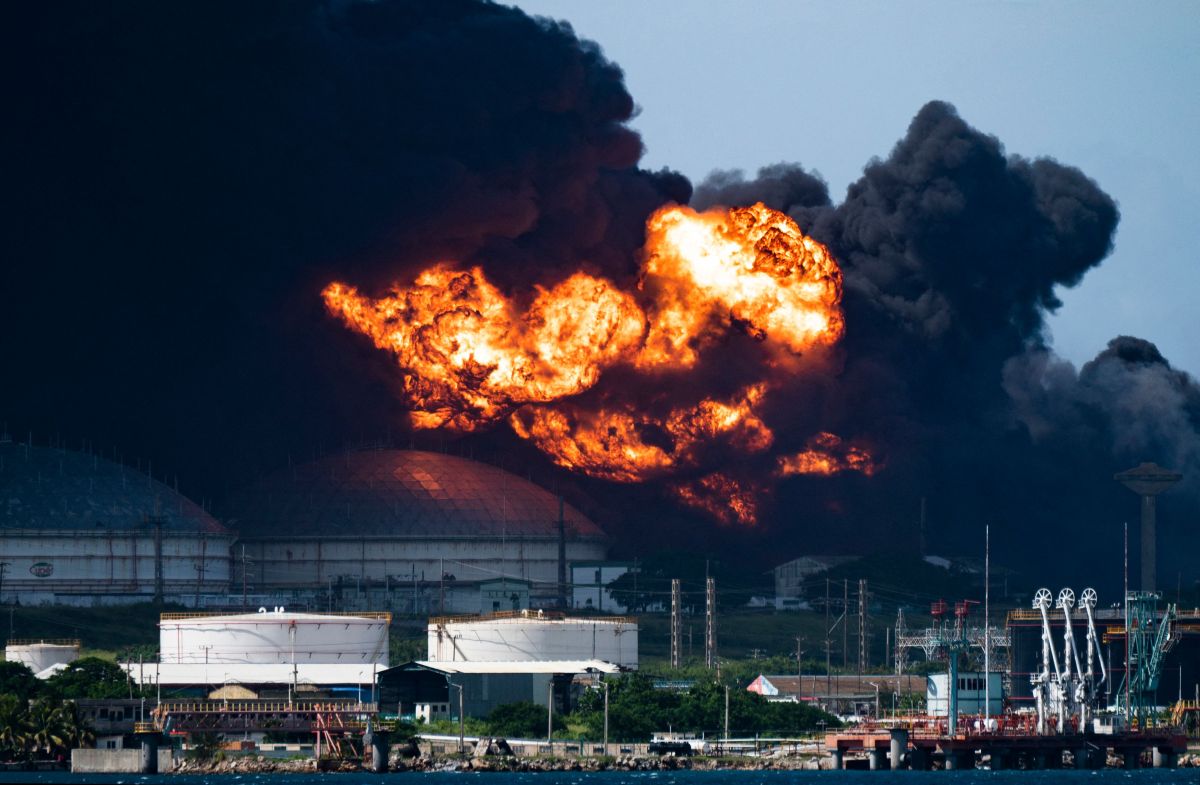 the president of Mexico Andres Manuel Lopez Obrador confirmed this Saturday that it instructed personnel from Petróleos Mexicanos (Pemex) and the country’s Armed Forces to travel to Cuba to support in fire caused by the explosion of oil tanks at the supertanker base in the city of Matanzas, east of Havana.

“There was an explosion, an oil tank began to burn, and then another, and there are missing, and injured, and we are also going to support to control the fire, I have given that instruction to Pemex and the Armed Forces,” said the president in an interview with the media during a tour of the Mexican state of Colima.

López Obrador assured that his government will send specialists to put out fires “it is a Pemex firefighting team and also people from the Navy and Defense.”

The great fire at the base of the industrial zone of the province of Matanzas in Cubaremained this Saturday without the emergency teams being able to reduce its intensity almost 24 hours after it started.

The fire that was started on Friday by a lightning strike in a fuel tank, was extended on Saturday to two of the eight crude deposits of the industrial zone of the Cuban city of Matanzas.

The following tweet from a Cuban meteorologist shows the number of electrical discharges that occurred on Friday in the area of ​​the fire.

Until now 17 missing firefighters have been reported, at least 1 dead that has not been identified and 121 injured.

The report of the authorities on the injured on Saturday afternoon it reflected that 121 people were treated in hospitals and 85 received medical discharges; 36 remain hospitalized, of them 5 critical, 3 serious and 28 care.

The office of President Miguel Díaz-Canel said that approximately 1,300 people living near the fire at the Matanzas Supertanker Base were evacuated, and another 600 workers were told to leave.

The incident began on Friday afternoon when lightning struck one of the eight fuel tanks at the site. On the morning of this Saturday, a second explosion occurred in another tank that caused visible columns of smoke as far as Havana, some 80 miles (104 kilometers) from the place.

Given the magnitude of the disaster, The Cuban government requested international help and advice with experience in the oil issue.

Cuban President Miguel Díaz-Canel thanked countries such as Mexico, Venezuela, Russia, Nicaragua, Argentina, Chile and the United States on Twitter “which have promptly offered solidary material aid in the face of this complex situation. We also appreciate the offer of technical advice from the US.”

The United States Embassy in Cuba also reported that it is in contact with the island’s government to provide help with the gigantic fire.

The fire occurs as Cuba faces fuel shortages. It is not known how much oil has been burned at the storage facility, which has eight giant tanks containing oil used to power power plants.

The Cuban electricity company forecast for this Saturday another day of blackouts during peak hours due to a 35% deficit in demand.