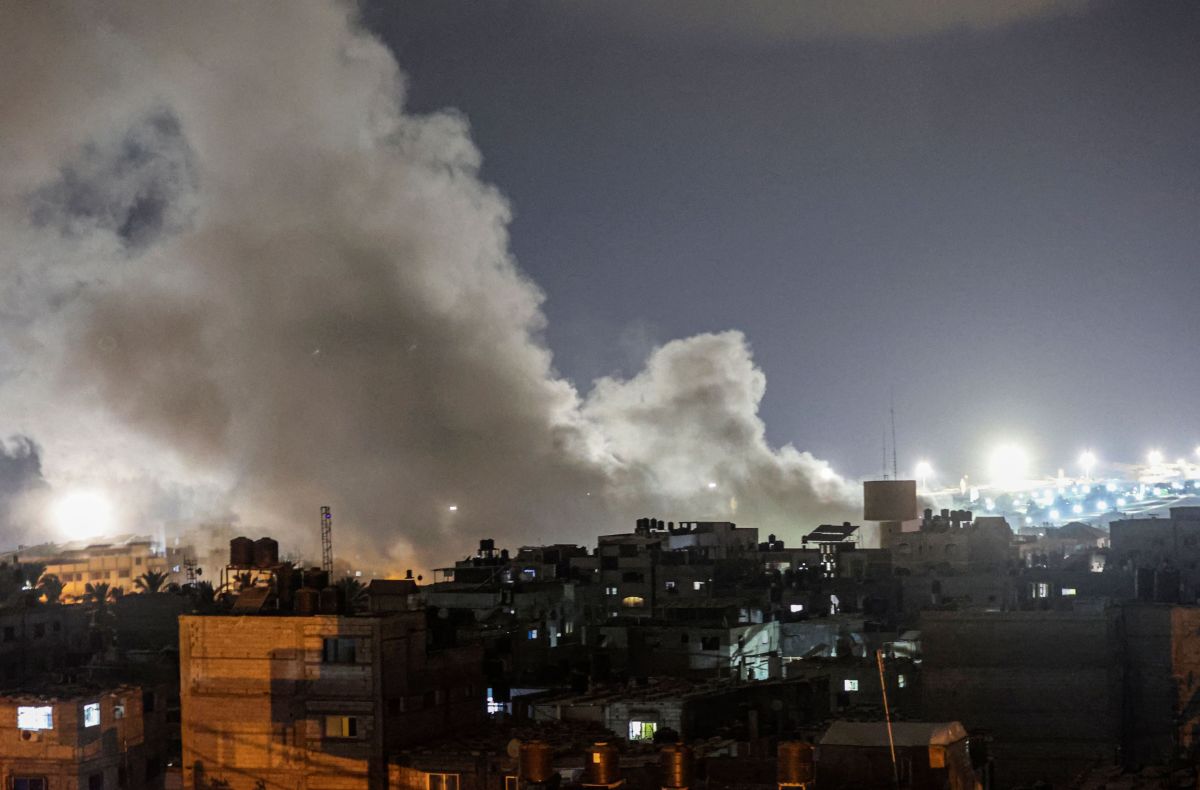 
At least 24 people have been killed by Israeli airstrikes in the Gaza Strip, including a senior commander of a Palestinian group.

Local health authorities reported that six childrentwo women and several combatants – including Palestinian militant leader Tayseer Jabari – are among the dead, while more than 200 people were injured.

In response, some 300 Palestinian rockets and mortars have been fired on Israel since Friday, according to the Israeli government.

Yair Lapid, the Israeli prime minister, said his country’s attack was a response to “an immediate threat” by the Palestinian Islamic Jihad (PIJ), following the arrest of one of its top leaders this week.

The chief of operations of the Israeli army, Oded Basiok, assured in a statement that “the high leadership of the military wing of the Islamic Jihad in Gaza was neutralized”

Throughout the day, the anti-aircraft alarms did not stop sounding in the Israeli communities adjoining Gaza

Most of the Palestinian rockets were intercepted by Israel’s Iron Dome shield, with no casualties on its territory, authorities said.

This escalation of violence is the most serious outbreak between Israel and Gaza since an 11-day conflict in May 2021 that left more than 200 Palestinians and a dozen Israelis dead.

The Israel Defense Forces (IDF) warned that the operation – which goes by the name of Dawn – could last a week.

Among the targets hit are facilities allegedly used by the YIP for the manufacture and storage of weapons, military checkpoints and sites from which rockets were launched, attacked by drones, helicopters and fighter planes.

The most serious incident of the day took place in the city of Jabaliain northern Gaza, where at least five Palestinian children and one adult were killed.

In addition to the airstrikes on Gaza, some 19 YIP members have been arrested in raids in the occupied West Bank region, according to the Israeli government.

Until now Hamas, the largest Palestinian militant group – which has a similar ideology to the YIP and often coordinates its actions – has not disposed of its large arsenal of rockets against Israel.

But the group issued statements Friday night saying the Palestinian resistance was united.

Egyptian media reported that this country offered to act as a mediator to bring the parties closer together.

In a televised speech, Lapid explained that “Israel carried out a precise counter-terrorism operation against an immediate threat.”

Among the YIP sites attacked was the Palestine Towerone of the tallest buildings in Gaza City, which suffered a strong explosion and a plume of smoke.

Four YIP militants, including Tayseer Jabari, as well as a 5-year-old girl, were among those killed since the attacks began, according to Palestinian health authorities.

Another 55 people were injured.

Israel said 25 of the Palestinians killed were militants, including those preparing to launch rockets.

Israeli Interior Minister Ayelet Shaked said: “We don’t know how this will play out, but it could take time… This could be a long and difficult round of the conflict“.

Speaking during a visit to the Iranian capital Tehran, YIP Secretary General Ziyad al Nakhala said they would respond “with force to this aggression.”

“There will be a fight in which our people will win,” he continued. “There are no red lines for this battle… and Tel Aviv will be under the rockets of the resistance“.

Meanwhile, the Islamist group Hamas, which rules the Gaza Strip, said the militants are “united” in the battle and will not remain silent.

Reactions in the Middle East

Jordan, Lebanon, Iraq, Syria, Qatar and Kuwait expressed their support for the Palestinians on Saturday and condemned the Israeli “aggression” in Gaza, the EFE news agency reported.

Jordan called for an “immediate cessation of Israeli attacks on the Gaza Strip” and warned of “the dangerous consequences of the Israeli escalation and instilling terror among civilians, which will only increase tension.”

Lebanon “strongly condemned the Israeli aggression” in Gaza and called for rapid intervention by the international community to stop it “and ask Israel to comply with UN resolutions to protect Palestinian civilians.”

Ahmed Al-Sahaf, a spokesman for the Iraqi Foreign Ministry, warned that “the language of violence used by the Zionist entity will further increase tension, which will only further escalate and deepen the crisis without reaching any solution.”

The General Secretariat of the Arab League described in a statement the Israeli attacks as “brutal aggression” and for whose consequences and “bloody crimes” it blames “the occupation authorities,” according to EFE.

The arrest of Bassem Saadi

On Monday night, Israel arrested Bassem Saadiwho is considered the head of the YIP in the West Bank.

He was held in the Jenin area as part of a series of operations following a wave of attacks by Israeli Arabs and Palestinians that left 17 Israelis and two Ukrainians dead.

Two of the attackers came from the Jenin district.

After Saadi’s arrest, Israel stepped up security measures for communities near its border with Gaza, warning that the PIJ intended to target civilians and soldiers.

Road closures have paralyzed towns and villages in southern Israel.

The YIP, which counts backed by Iranis based in the Syrian city of Damascus and is one of the strongest militant groups in Gaza.

The group has been responsible for many attacks, including rocket fire and shootings against Israel.

Israel and the PIJ fought a five-day conflict in November 2019 after Israel killed a Palestinian commander who the Israeli government said was planning an imminent attack.

the violence left 34 Palestinians killed and 111 woundedwhile 63 Israelis were hospitalized.

Israel said 25 of the Palestinians killed were militants, including those preparing to launch rockets.

Remember that you can receive notifications from BBC World. Download the new version of our app and activate it so you don’t miss out on our best content.