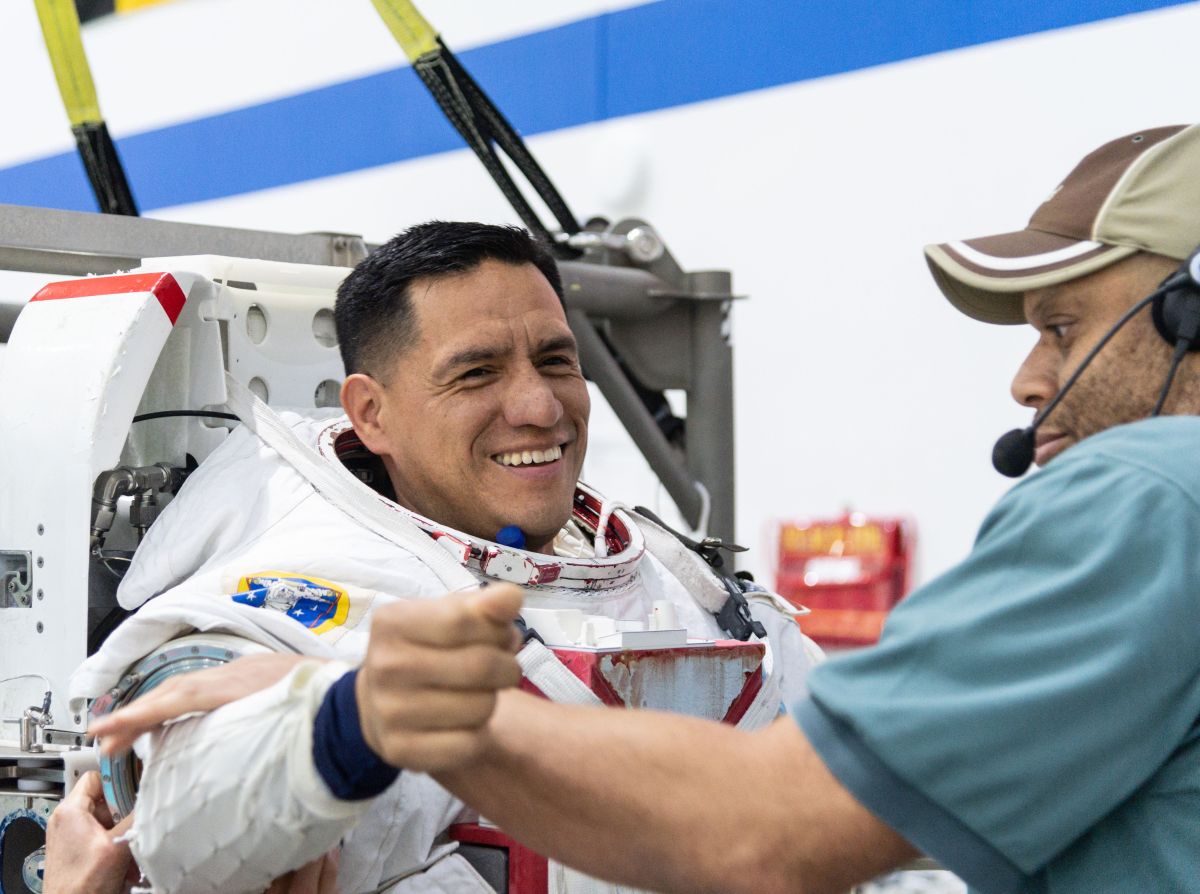 NASA astronaut Frank Rubio and two Russian cosmonauts arrived at the International Space Station (ISS) on Wednesday, bringing the number of residents to 10 for next week.

Frank Rubio is the first Salvadoran astronaut to go into space and has done so during Hispanic Heritage Month, when NASA highlights the contribution of Hispanics in the space agency.

Dr. Frank Rubio was born in Los Angeles, California, but considers Miami, Florida his hometown. He is married to Deborah Rubio and the couple has four children. His mother, Myrna Argueta, lives in El Salvador.

Rubio was selected by NASA to join the 2017 astronaut candidate class.

He entered NASA service in August 2017 and, having completed initial astronaut candidate training, was chosen to participate in NASA’s Expedition 67 on the ISS.

Rubio graduated from the US Military Academy and earned an MD from the Uniformed Services University of the Health Sciences. Before attending medical school, he served as a UH-60 Blackhawk helicopter pilot and flew more than 1,100 hours, including more than 600 hours of combat and imminent danger time during deployments to Bosnia, Afghanistan and Iraq.

Rubio is a board certified family physician and flight surgeon. At the time of his selection, he was serving in the 10th Special Forces Group (Airborne).

He has earned the US Army Senior Airman, Pathfinder, Air Assault, and Airborne Badges, and has also received numerous consecrations for his service in the Army.

The Soyuz MS-22 spacecraft carrying Frank Rubio, as well as Sergey Prokopyev and Dmitri Petelin of Roscosmos, docked with the ISS Rassvet module at 1:06 pm EDT. After two orbits, docking occurred about three hours after a 9:54 a.m. launch from the Baikonur Cosmodrome in Kazakhstan.

This marks the first spaceflight for Rubio, the second for Prokopyev and the first for Petelin. Throughout their six-month stay aboard the orbital outpost, the trio will work on science and research in technology development, Earth science, biology, human research and more. according to a NASA statement.

Once aboard the station, the trio will be joined by Expedition 67 Commander Oleg Artemyev, Roscosmos cosmonauts Denis Matveev and Sergey Korsakov, as well as NASA astronauts Bob Hines, Kjell Lindgren and Jessica Watkins. and European Space Agency astronaut Samantha Cristoforetti. Rubio, Prokopyev and Petelin will spend six months aboard the orbiting lab.