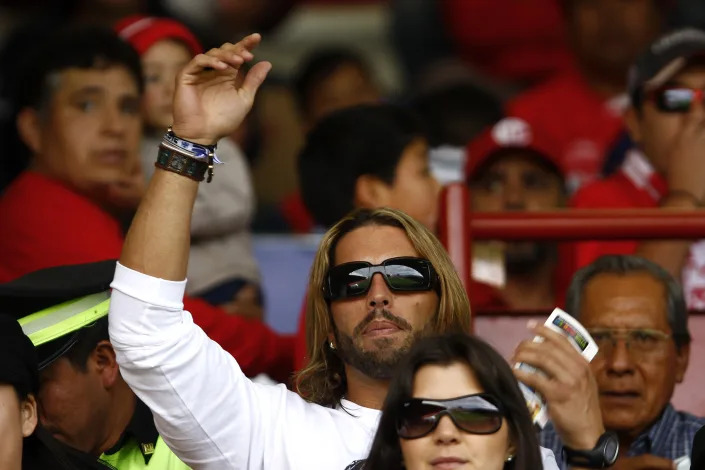 Nigris Poncho decided to enter the discussion about Sonora Grill and the acts of racism that have been denounced through various testimonies on social networks. The television host said that in the past he himself has been a victim of discrimination in some establishments. The reasons left more than one speechless. “Chain racism has always existed, only now the crystal generation hurts everything. They denied me entry to a club because I was very sucked. Those were other times,” Nigris published on his Twitter account.

The complaint expressed by de Nigris is, in fact, another chapter in the classic series “How to Make It All About Me”. First of all because, in view of his conception of racism, he does not understand what he is talking about. Nor does he understand everything that is hidden behind segmenting people in a restaurant. Comparing his case, which even if it were considered true would be light years away from being racism, simply adds one more stripe to the tiger of discrimination in Mexico: in various sectors, it is still thought that denouncing is equivalent to being “made of glass”. That mentality, which has top-level spokespersons in characters like de Nigris, moves the problem away from its center of gravity and disperses it anywhere.

If what is being evidenced is a real problem, which is no longer surprising to anyone, why try to downplay it through superficial experiences that do not even have a minimal degree of correlation? There are many who agree with Poncho: that before they put up with everything, even discrimination, because as a good “cement generation” they learned to look down every time someone humiliated them. Curious but it is so: these discussions almost always serve to make people show off the mistreatment they suffered in the past and even say they are nostalgic for that time. It is clear that people in need of attention have existed at any time.

As regards the Sonora Grill case, those who defend abuse, racism and all forms of discrimination have suggested that it is victimhood. For them it is that simple. It serves to pat themselves on the back: if someone has the audacity to try to explain their lousy interpretation of the facts to them, they will go to the drawer of examples of “discrimination” that they have collected in their wanderings through life. Restaurants and other businesses that segment their customers can rest easy, because there will always be alienated people who find a way not only to justify them but also to promote them.

Not to mention how skin color influences the job opportunities that a person has and the way in which that allows the social elevator to reserve the “right of admission”. Just to cite an example of the consequences of systemic racism. Because that’s the real problem, but that debate is far away for those who, like Poncho de Nigris, believe that everything is a question of sensitivity related to the new generations.

Danna Paola’s exemplary response to those who criticize her body

Adamari confronts Daniella Navarro about what happened with her ex Toni

Shakira reappears surrounded by several men nobody can believe it