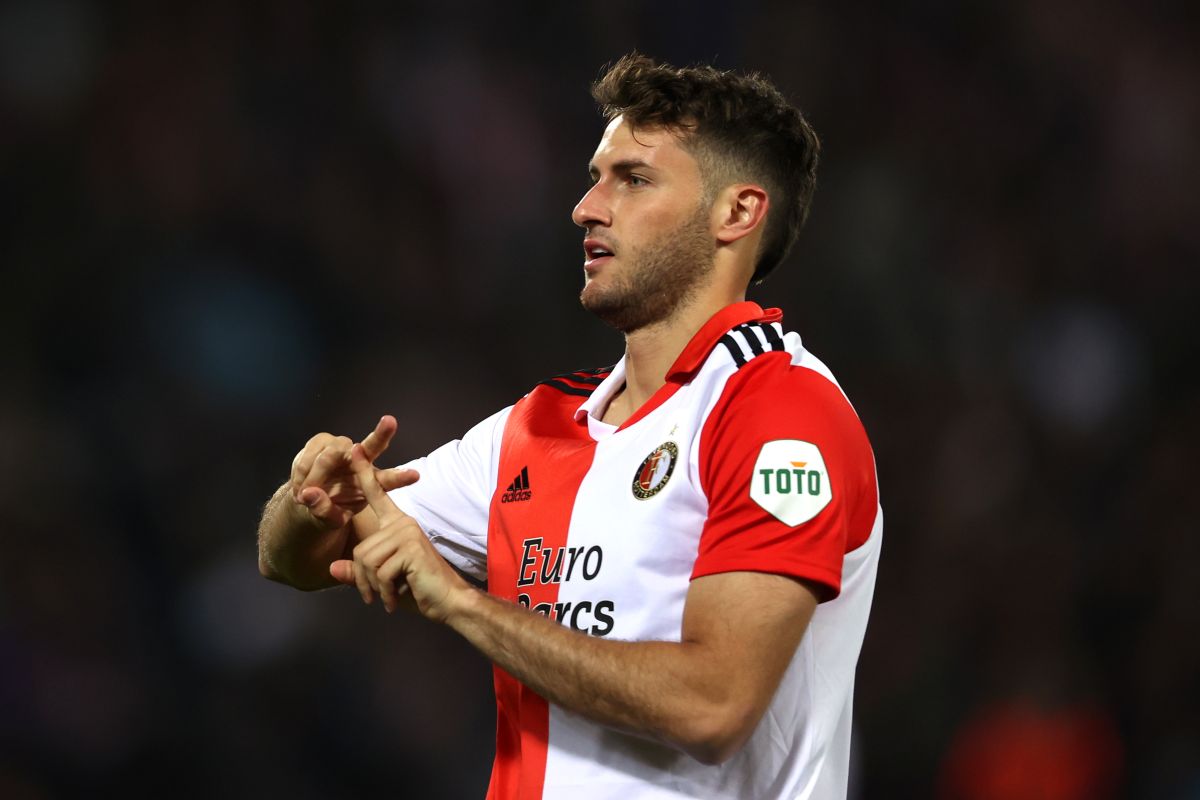 Santiago Gimenez he is one of the strikers of the moment for Aztec spectators. Despite not having many opportunities at Feyenoord in the Netherlands, the former Cruz Azul player does not stop scoring goals. In the midst of his popularity, the “Bebote” made a clarification about his career that the fans of the Eagles of America.

True to the colors of Cruz Azul, Santiago Giménez was very blunt in assuring that he would never wear the colors of the azulcrema team that Fernando Ortiz directs today.

“Maybe then it could be that you get to America, right?“, he asked Gabriel Montiel to the young Mexican soccer player. Giménez’s response was without hesitation: “No no no, yes, never.”

The “Bebote” also recognized his interest in wearing the colors of Boca Juniors. The former Cruz Azul player revealed that his father, the “Chaco” Gimenezis responsible for the Feyenoord striker has some affinity for the Xeneize outfit.

“They are colors from the cradle because when I was born, my dad was playing in Boca; So, since he is from Boca, he instilled in me the love for the team (…) The truth is that I would like to (belong to Boca Juniors) because playing in the Bombonera must be brutal“, he concluded.

You may also like:
· Tigres del la UANL without control: Miguel Herrera’s team is the most aggressive in Liga MX
· Legend of the Eagles of America attacks Miguel Herrera and his management at Tigres de la UANL
· Santiago Giménez broke the silence and spoke about his conflict with the Feyenoord captain