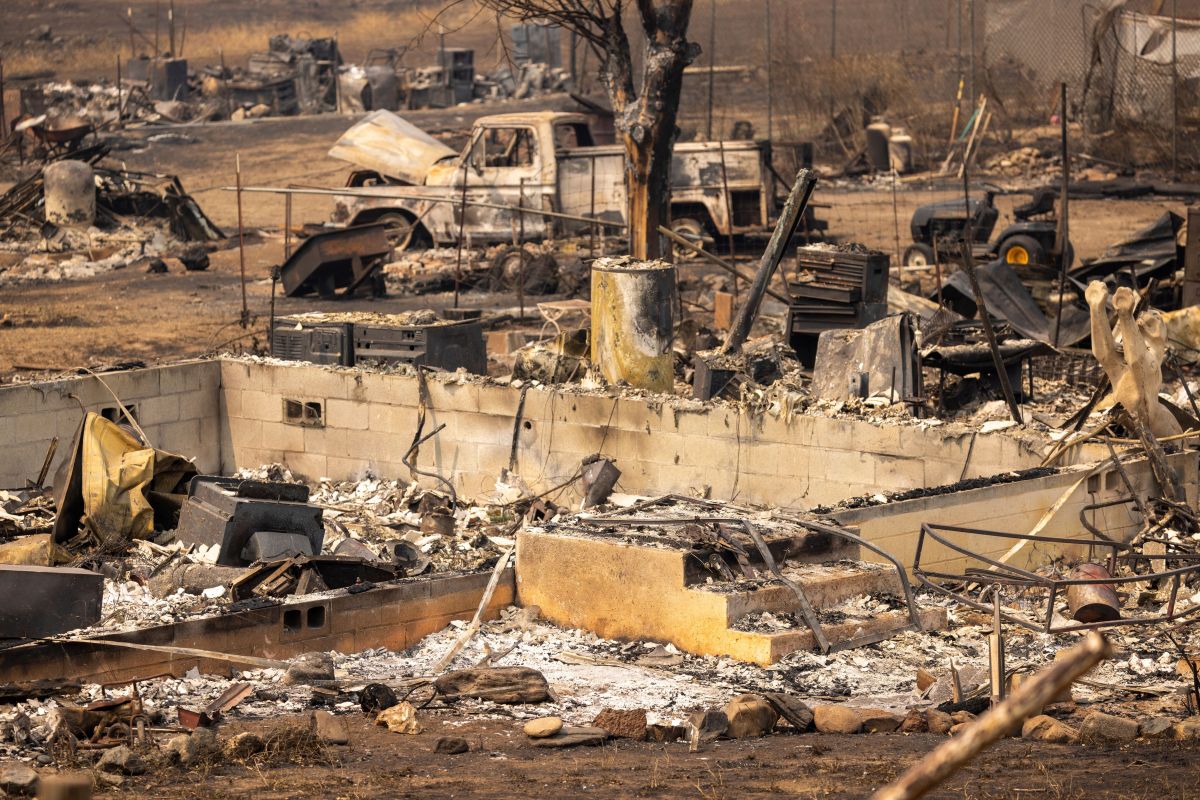 The McKinney fire in California it has destroyed 87 houses, has spread over an area of ​​60,109 Acres and is only 40% contained a week after exploding in the Klamath National Forest, in Siskiyou County, California, near the Oregon state line.

Since it started in the Klamath National Forest late last month, the fire has killed four people, destroyed 87 homes and consumed 60,044 acres, but its spread has slowed in recent days.

The largest wildfire in California so far this year, it erupted on July 29 in the forest near the California-Oregon border and grew rapidly, fueled by winds from thunderstorms.

As of Saturday night, the fire was 40% contained, according to InciWeb, the information site on fire incidents in the United States. More than 2,400 firefighters are involved in fighting the fire.

Of the 274 structures inspected so far, 87 homes and 47 additional structures, including garages and commercial buildings, have been destroyed, according to an initial damage assessment released by the Siskiyou County Office of Emergency Services. The Klamath River community remains under an evacuation order.

The Siskiyou County Sheriff’s Office said it was working to try to allow residents to return to their properties, but numerous dangers remained in the evacuation zone. Four bodies have been recovered from the burned areareported earlier in the week.

“More containment line around the perimeter of the fire has been secured as firefighters continue to move forward,” fire officials said in an incident update on Saturday.

“Crews joined their fireline with adjacent crews along the eastern portion of the fire from Humbug Creek South Fork to Dunn’s Gulch, bringing containment to 30% across the fire.”

Cleanup operations are in effect where containment has been established to tighten control of the fire along its eastern front, fire officials said.

Hot, dry conditions with high winds with a red flag warning are expected to continue Sunday in the area, making it difficult for firefighters to advance in the area.

Governor Gavin Newsom declared a state of emergency for Siskiyou County over this fire.