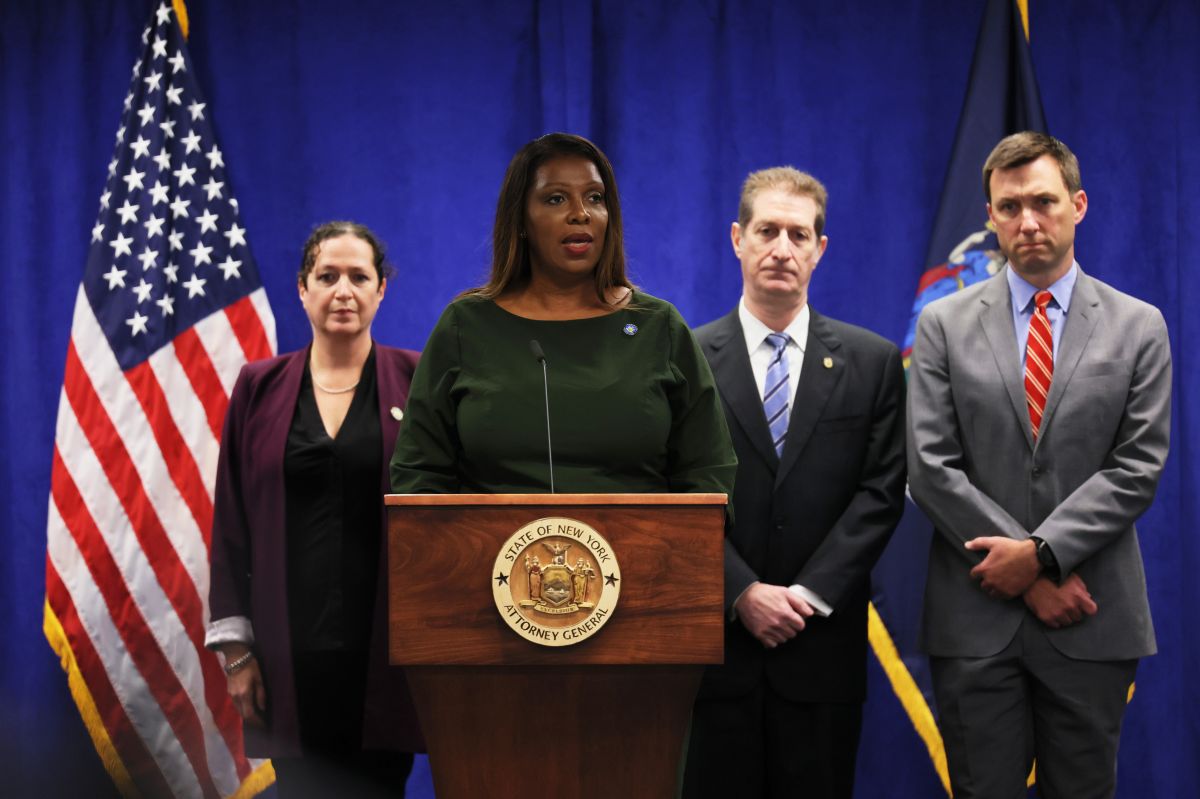 Donald Trump and his three eldest children, Ivanka, Donald Jr. and Eric, were accused by the New York Attorney General of carrying out illegal financial maneuvers to obtain millionaire profits in the last decade.

The Prosecutor Letitia James claimed that the Trump Organization inflated the mortgage value of their properties to deceive tax authorities, lenders and insurance companies.according to a report published by Univision.

With these operations, the Trumps obtained lower interest rates and insurance premiums.

James estimated they made $250 million in illegal proceeds.

The Trumps rejected assessments by outside experts and in 11 of its annual financial statements analyzed by prosecutors, they included more than 200 false and misleading asset valuations.

Prosecutor James accused the former president of “blatantly ignoring legal restrictions” on his Mar-a-Lago property and it was valued “on the false premise that it was on unrestricted property and could be developed for residential use.”

Despite the fact that Trump was aware that the property had to comply with substantial restrictions, since he personally signed the deeds of the property that stipulated those restrictions.

Additionally, he waived his residential development rights as a means of lowering the property tax rate.

The suit alleges that Trump priced his Mar-a-Lago residence at $739 million, when the club generated annual revenue of less than $25 million and should have been valued at about $75 million.

The value of his property at 40 Wall Street stipulated in different bank appraisals was set at $200 million in August 2010 and $202 million in November 2012.

However, the lawsuit states that the property was valued at $524 million in 2011 and $527 million in 2012, more than double the estimate by the banks.

The former president reported that a Trump Tower apartment was 30,000 square feet when it is actually 10,996 square feet.

The Trumps presented the Trump Building on Park Avenue as if it had no market limitations, something that gave more value to the units. With that, they offered an estimated $50 million, when the appraisal that took rent-controlled status into account valued them at $750,000.

The former president fraudulently increased the value of his golf clubs by adding a “premium brand” to them, despite the fact that accepted accounting principles prohibit such an “internally generated” designation.

Through that illegal resource, the golf club in Jupiter, Florida, which Trump acquired for $5 million in 2012, was increased to $62 million a year later in his statement.

The New York prosecutor’s office has been investigating Trump and his family business since 2018, when the Manhattan district attorney opened an investigation of the then president.

Weisselberg will serve five months in prison depending on whether he testifies truthfully at the Trump Organization’s October criminal trial on tax fraud charges.