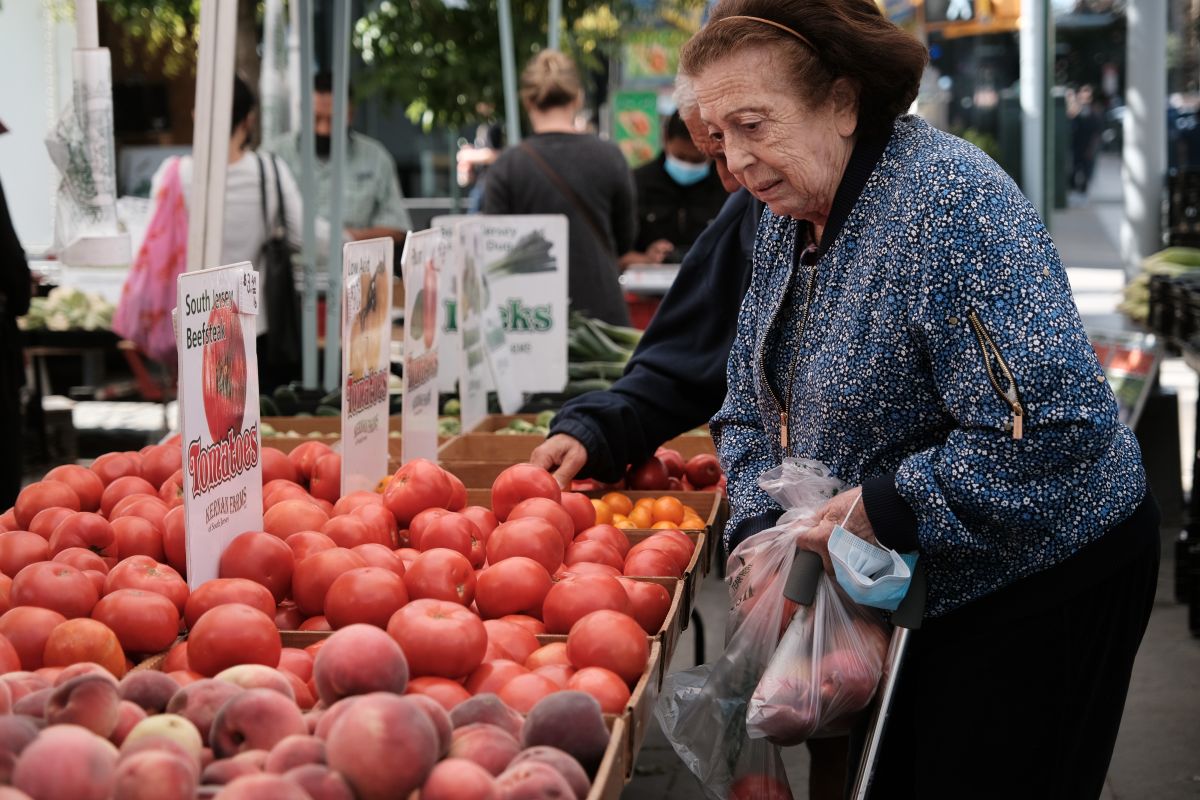 The administration of Joe Biden wants to end with hunger and food insecurity in the United States in eight years, an ambitious goal the president set for himself in May, and he’s hosting a big conference in late September to kick off that ambitious agenda.

Food safety advocates in the United States want a variety of federal agencies coordinate a national response that eliminates the root causes of a basic problem that affects the health of millions of people in this country. And they hope the way to do that is through the first White House conference on the issue in more than 50 years.

That, in turn, is expected reduce the high toll of diet-related diseasessuch as diabetes, hypertension, and obesity in the United States.

President Joe Biden announced the conference in May in a video as part of the administration’s initiative to address these issues and eliminate the disparities that block some people’s access to healthy food by 2030.

“Too many families don’t know where they’re going to get their next meal,” Biden said. “There are too many empty chairs around the kitchen table because a loved one was taken away by heart disease, diabetes, or other diet-related illnesses, which are some of the leading causes of death in our country.”

For example, USDA data showed that in 2020, about 1 in 8 Americans was food insecure, which is equivalent to more than 38 million Americans, including almost 12 million children. Black and Latino households were disproportionately affected by food insecurity in 2020, with rates of food insecurity triple and double the rate for white households, respectively.

The conference agenda has Health and Human Services Secretary Xavier Becerra, Agriculture Secretary Tom Vilsack and Domestic Policy Advisor Susan Rice scheduled to participate in the event, which will be held at the Building Ronald Reagan and International Trade Center in Washington DC.

The Department of Agriculture (USDA) defines food insecurity such as lack of consistent access to enough food for an active and healthy life.

It is important to know that although hunger and food insecurity are closely related, They are different concepts. Hunger refers to a physical and personal feeling of discomfort, while food insecurity refers to the lack of economic resources available for food in the household.

Many will weigh the success of the conference on how the final recommendations of the White House are implementedWhether through swift executive action, partnerships with businesses and nonprofits, and larger legislation like the 2023 farm bill.

Fundamental changes from the first conference

The first such conference, held by the Nixon White House in 1969, stimulated fundamental national changes. It came on the heels of the War on Poverty, an effort by the Lyndon B. Johnson administration that included the expansion of social safety net programs such as nutritional assistance.

It led to nutrition labels, the first Dietary Guidelines for Americans, and a significant expansion of the National School Lunch Program and Food Stamp Program, known today as the Supplemental Nutrition Assistance Program, or SNAP.

It also resulted in the permanent authorization of the School Breakfast Program and the launch of a pilot program that would later become the Special Supplemental Nutrition Program for Women, Infants, and Children, known as WIC.

During the last half century, federal nutrition assistance programs have grown to serve about one in four people in this country each yearaccording to the US Department of Agriculture, which administers them.